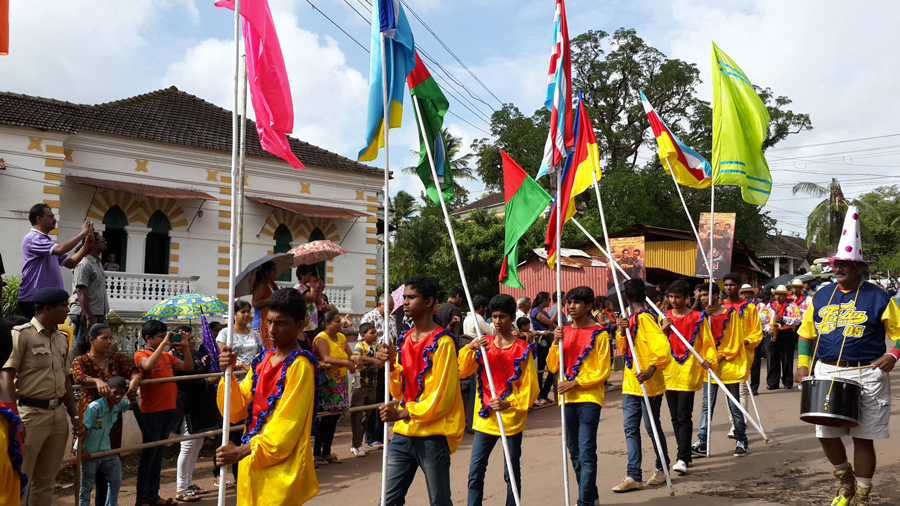 The monsoons in Goa usually begin in the second week of June and continue right up till the month of September. Goa witnesses a different vibe altogether during the monsoons. The aroma of wet mud, the swelling of the water bodies, the greenery and freshness all around turns Goa into a literal heaven during these months. 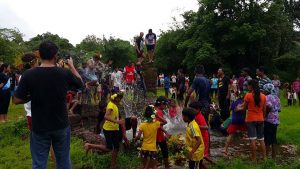 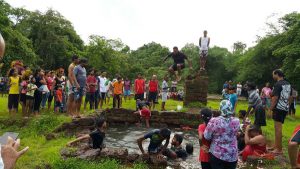 A specialty of the monsoons in Goa is the festivals that come during the season. The excitement of these monsoon festivals makes this season even more special. In the month of June, a very famous monsoon festival for the Goan Catholics is that of Sao Joao. On 24th of June Goans celebrate Sao Joao in commemoration of the leap of St. John the Baptist in the womb of Elizabeth on hearing the good news of Jesus. A tradition that is followed for this festival is people jumping in a well. A lot of people gather in groups with a headgear called ‘Kopel’ on their head and dance to Konkani music. This festival is best celebrated in the village of Siolim with great pomp and fervor. 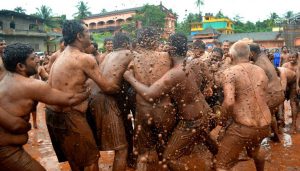 In the month of July, we have the Chikal Kalo which is another special monsoon festival that takes place at Marcel and it means playing in the mud. The Devki-Balkrishna temple plays host to this festival by starting the day off with Bhajans. After this oil is distributed to all and then people start their games in the wet mud known locally as Chikal. After one has had fun in the mud, the festival ends with the traditional dahi-ki-handi. 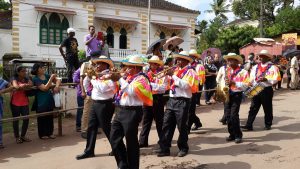 These monsoon festivals continues in the month of August as we have another festival called Bonderam, meaning flags. This is the festival of flags. It is celebrated on the fourth Saturday of August every year at the Divar Island. The flags were symbolic as they were a measure of peace between two warring groups on the island long back. Each ward of the island prepares a float that is shown off in a parade through the streets of Divar. Melodious music and competitions bring life to these celebrations. 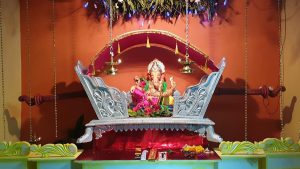 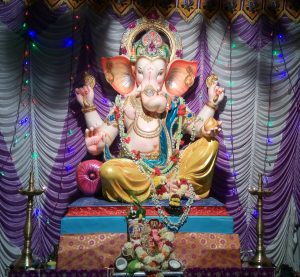 In the months of August or September we have the major monsoon religious festival that is celebrated in Goa called the Ganesh Chaturthi. Lord Ganesha is welcomed in all the Hindu households. Lord Ganesh is worshiped as a God who can remove all obstacles and bring good fortune along your way. Ganesh Chaturthi honours the birth of Lord Ganesha. Statues of the Lord make its way to homes and are kept there for a minimum of one and half day and some up to a month. It is a time for the entire family to get together as this festival is usually celebrated at the ancestral family house of the devotees. During the pujas offerings of sweets, flowers, rice, coconut, jaggery, and coins are made. Modak is considered as Lord Ganesha’s favorite food. The other food stuff that is served during Ganesh Chaturthi is Nevri, Chakri, Pittyache ladoo, Chana dal kappa and so on. This is surely a time for joy and celebration. The festival comes to an end when the idol is immersed in a water body with the hope and faith of it returning to all homes the following year.

Make sure to witness these fun monsoon festivals when you come down to Goa and join in the celebration that will give you treasured memories for a lifetime.