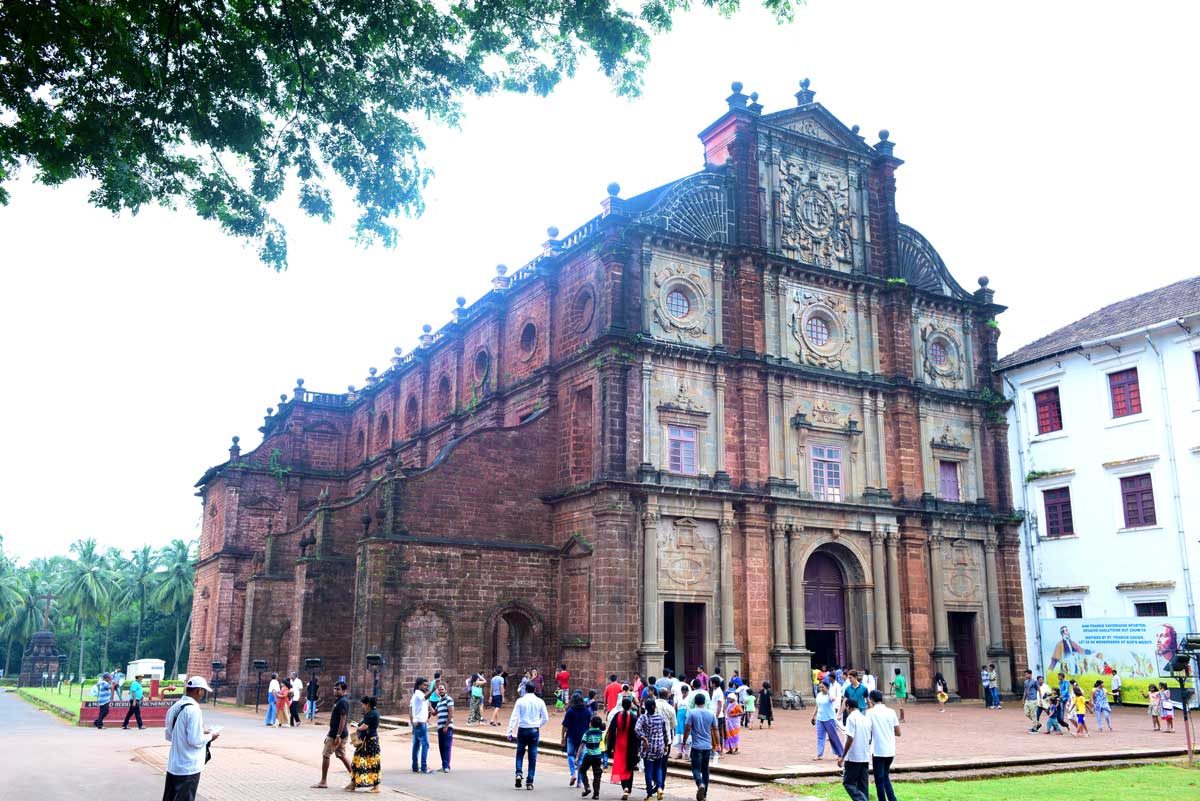 Planning a vacation is never easy because everyone wants to fit in their own itinerary especially when travelling with a group of friends or with family. Travel Adventures Goa would like to simplify the planning process for you with our “TAG’s Top Picks Series”. We created this to help you fit everything you would like to do in a short vacation.

The first in TAG’s Top Picks Series is “Places of worship”. Goa is known for its beautiful churches dating back to the Portuguese rule. Did you know that we have temples that pre-date the Portuguese Rule?

We compiled a list of our top places of worship across the state.

Basilica of Bom Jesu (Basílica do Bom Jesus (Portuguese), Borea Jezuchi Bajilika(Konkani)), situated in Velha Goa now Old Goa, is beyond doubt, the most famous Church in Goa. This Church was built in 1605 and it has been declared a world heritage site. The building of this majestic church started in 1594 and the church was completed in 1605. It was consecrated by Archbishop Dom Father Aleixo de Menezes. The beautification of the church is one of the best examples of baroque architecture in the country, however, the edifice of the Church is Jesuit structural design and it is a combination of Ionic, Doric and Corinthian. 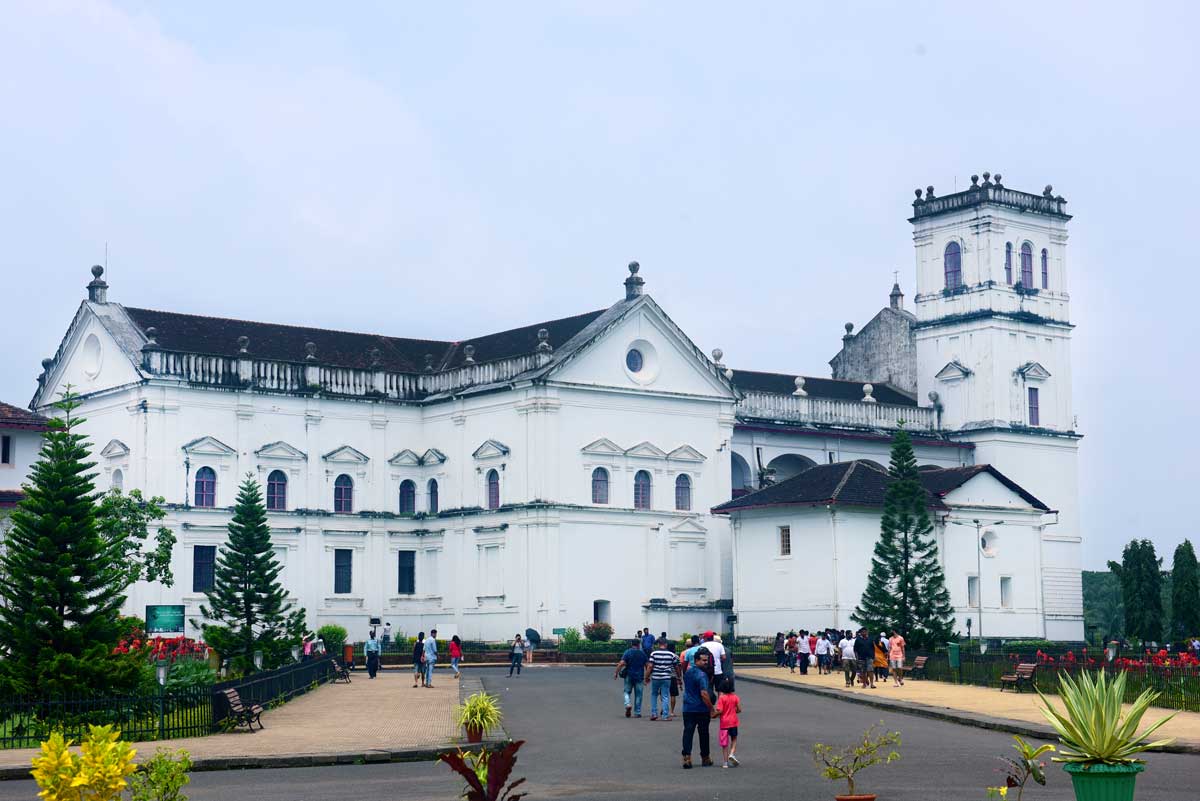 This is where the body of Saint Francis Xavier, patron saint of Goa, lies in a casket, preserved through all these centuries. His remains are brought down once in ten years and displayed to the public. The feast of Saint Francis Xavier is held on the 3rd of December and people from all over flock to Old Goa to pay homage to the saint they worship and adore. The years of the exposition draws twice the number of pilgrims. People sleep in the Church corridors and compound because they have no room but since their desire to attend and be a part of the litany and the feast is great, they would rather go through this discomfort and have their presence felt.

Sé Catedral de Santa Catarina known as Sé Cathedral built with Portuguese Manueline style, is a famous landmark in Old Goa, situated right opposite the Basilica of Bom Jesu. This Church is dedicated to St. Catherine of Alexandria. “Sé” is the Portuguese word for “see”. The cathedral was built in 1510 to celebrate the victory of the Portuguese against the Muslims. The structure collapsed and had to be rebuilt. Construction of the new structure began in 1562 and was completed in 1619 which makes it exactly four hundred years old.

The Church of Mae de Deus, (Mother of Goa) fondly known as “Saligao Church” by the locals, is definitely one of its kind in Goa being the only Gothic-style church. Set in scenic surroundings it is definitely the pride of people of Saligao and every Goan.

This beautifully designed church is best viewed in twilight when it is illuminated. It fills one with a sense of awe with its Elysian charm. The foundation stone of Mae de Deus was laid on February 7, 1867, and was inaugurated on November 26 1873.

The delicate wooden statue, painted in gold, of Mae De Deus, is a striking exemplification of Goan craftsmanship. This statue was originally from the Mae De Deus Church of Daujim – Old Goa and was taken ceremoniously in a festooned boat across the Mandovi River to Betim, then in a bullock cart decorated with flowers over to Pilerne. It is believed that once the bullock cart reached Saligao hill the band began to play.

The great bell of this church is said to be the second largest bell in the world. This bell was part of Our Lady of Grace Church in Old Goa and was shifted to the Church of Mary Immaculate Conception after Nova Goa now called Panjim became the new capital in 1841.

The Feast of this Church is on December 8th, the day Catholics believe Jesus was conceived. People come to celebrate this feast from all over Goa.

Constructed in 1550, Reis Magos Church was the first church to be built in the Bardez taluka. Reis Magos in Portuguese means Magi, this church was named after the three wise men in the Bible. The tiny fishing cove on the banks of the Mandovi River is a quaint, picturesque hamlet that encapsulates true Goan village life. 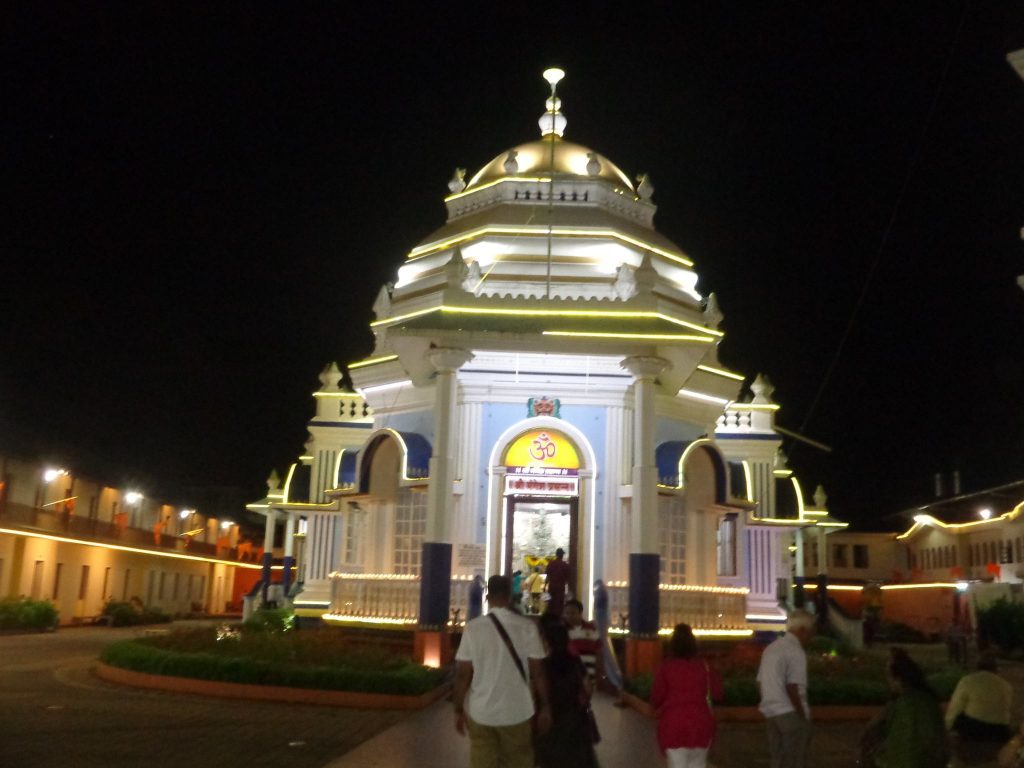 Shri Mangueshi Temple or Shri in Ponda, dates back to the Puranas. The Sahyadri Khand of Skand Purana says that Parshuram invited 66 Panch Gaud Brahmins belonging to 10 gotras from Trihotra (believed to be Tirhut in Bihar) to Kushasthal (now known as Kutthal, Goa) for performing the Yadnya after defeating the Kshatriyas. Since the Portuguese had little control over Ponda most of the temples remained intact in that area.

This temple was built around 1774. This was a source of inspiration and hope to the Hindus.

The major festivals of this temple are celebrated at night. The night gives the people more scope for decorating the temple with lights thus enabling them to commemorate their occasions with pomp. 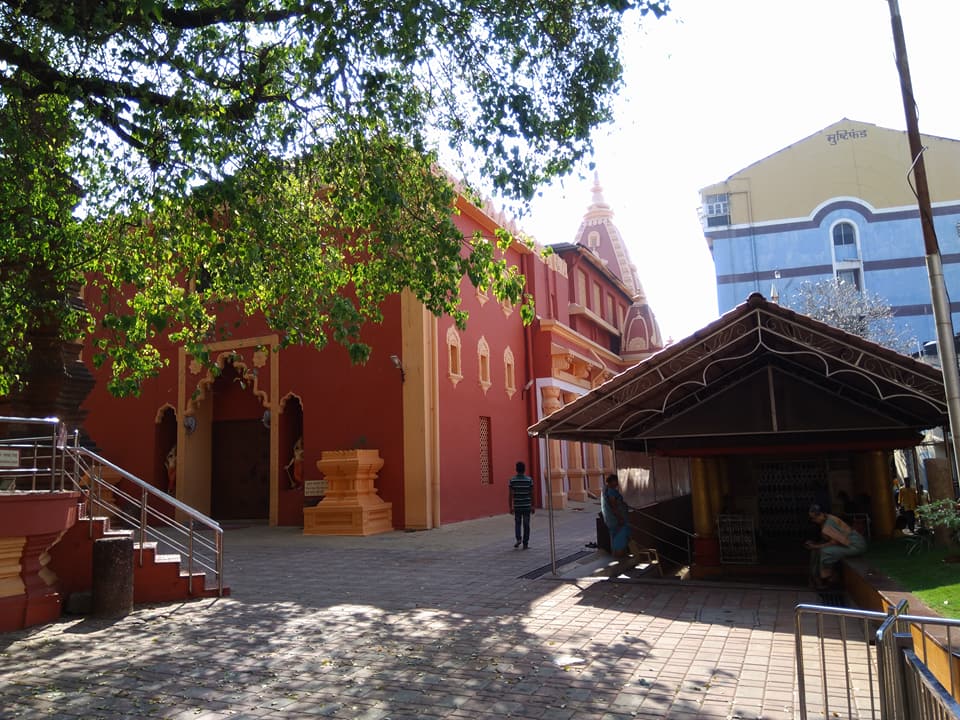 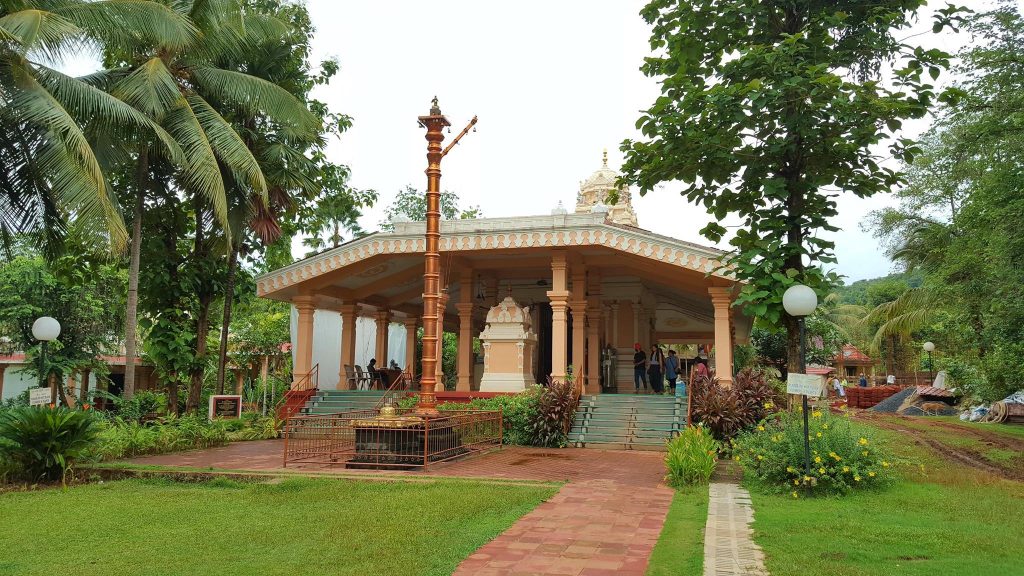 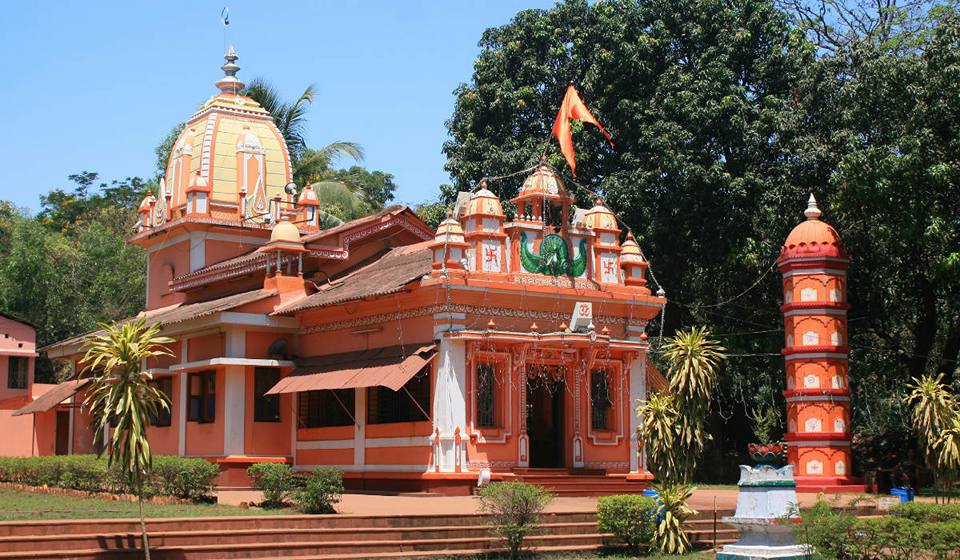 Shree Gopal Ganapati Temple is located in Farmagudi, Ponda, is the perfect example of modern and ancient temple architecture. This temple is dedicated to Lord Ganesha. There is a puja held here every Tuesday. Ganesh Chaturthi (Goa’s grandest Hindu festival) is celebrated here with great reverence. 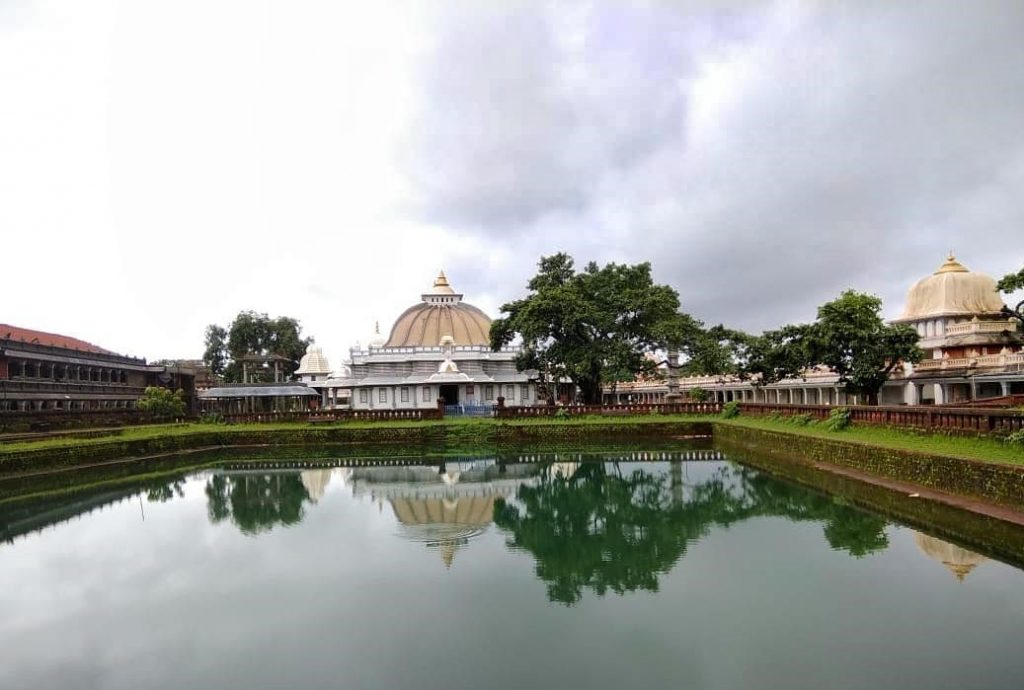 Sri Mahalsa Narayani Temple, in Verna, is dedicated to the Mohini avatar of Lord Vishnu. Mahalsa is know by many names and Mahalshi is one of them. This temple has been on the plateau long before the Portuguese invaded and conquered Goa. This place was formerly known as Venenyapur or Varunapur. There’s a mythological reference in the Skand Purana.